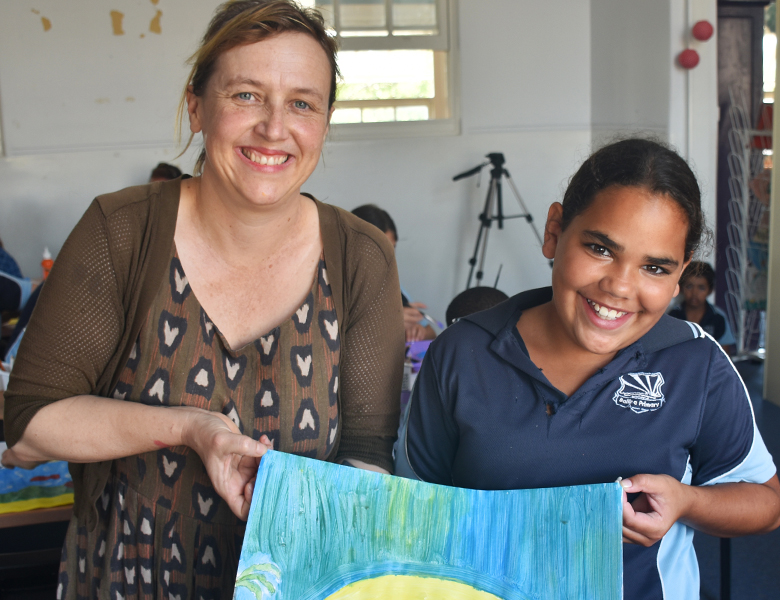 In 2016, Ballina Shire Council identified the need for a reinvigoration of its public spaces.

After ten years of displaying the same community-based flags and banners throughout the region, the time was ripe for a fresh new representation of both Ballina Shire's heritage, and vision for the future.

Rachel worked with local schools and community groups to produce a range of designs that reflect the fond memories locals have of their towns, and the images they most associate with the area, with a strong focus on the natural environment.

The result is a vibrant, diverse series of imagery displayed throughout the Ballina Shire, in both banner and flag form.

These flags and banners represent the towns they are located in, and offer a beautification of public spaces, as well as a colourful welcome to visitors to the area. 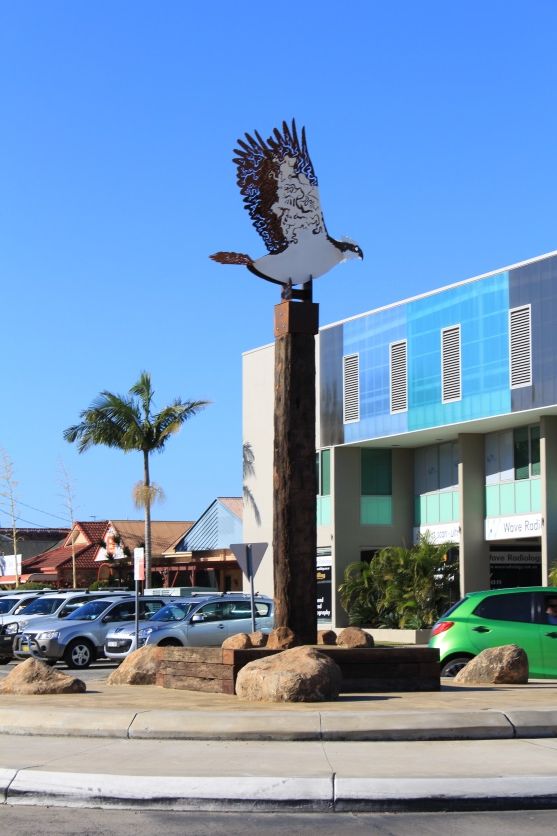 Public art sculptures created by local artist, Leith Walton were installed in 2017 on two roundabouts in Ballina town centre. These works were done as part of the roundabout construction, where Council commissioned the artworks for the roundabouts instead of traditional landscaping works.
The artworks, collectively titled Homeward Currents on the Tamar/Cherry Streets and Moon/Fawcett Streets roundabouts depict iconic local seabirds and are held aloft by reclaimed timber posts from the old Teven Bridges.
“Homeward Currents was created to highlight the beauty and sacredness of native birds and their connection to the rivers and oceans in the Ballina Shire” said Leith Walton.
Leith Walton worked with local students from Empire Vale School to design the sea life motifs adorned on the sculptures’ timber posts”
These attractive artworks are a fantastic representation of our local environment and have been inspired by the beauty of our local bird life, waterways and coastline.
The sculptures of an osprey and a sea eagle that sit atop the timber posts are made from stainless steel and corten, a weathering steel material. The birds’ wings have intricate detail on the metal wings inspired by our local waterways and coastline.

These art works can be seen on the cnr of Tamar and Cherry St and the cnr of Moon St and Fawcett St, Ballina 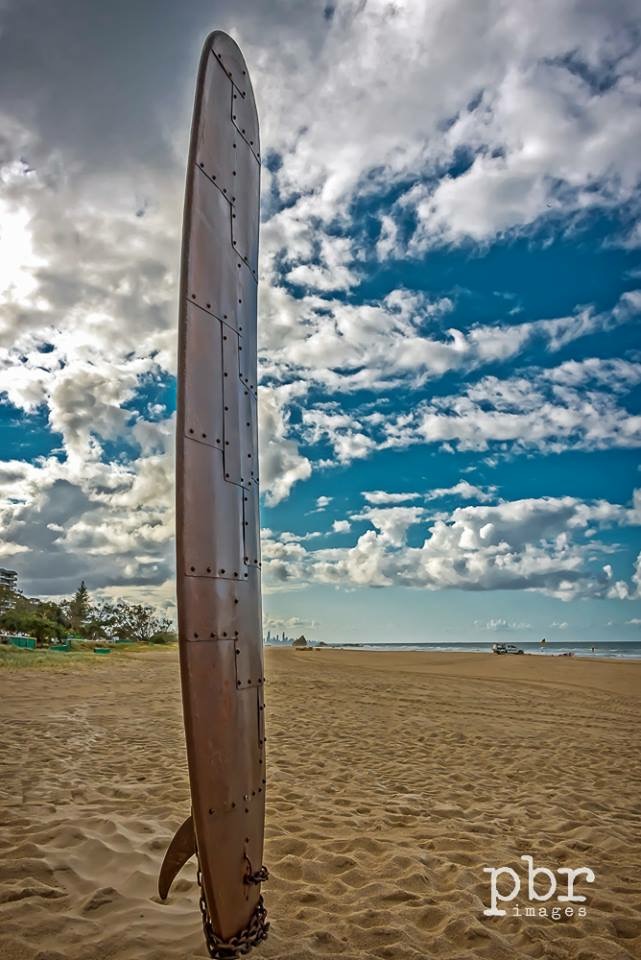 The Rusty Plank - Lennox Head's Coastal Vibe
The Rusty Plank was incorporated into the landscaping works for the Ross Lane roundabout at Lennox Head in July 2018 as part of Council’s Public Art Program.
The 12ft 2 inches Malibu surfboard and leg rope entitled “The Rusty Plank” has been forged from cor-ten steel and is the vision of local artists Jim Blower and Potts.
Their collaboration encompasses the spectrum of surfing emotions: A heavy metal attitude with a beach boys spirit.
“We salute the monumental role that surfing has played in our lives and the enduring friendships forged by this shared passion.”
The work was considered especially appropriate for the site based on the historic and contemporary significance of surfing to the seaside village of Lennox Head.
Surfing the beaches at Lennox have been popular since the late 1950s when the activity gained popularity throughout NSW.
The Lennox Head coastline from Lennox Ballina Surf club in the north, to Backsides at Flatrock in the south including the world-famous Lennox Point form the boundaries of the Lennox National Surfing Reserve (LNSR).
The process of getting this area recognised as a nationally significant surfing reserve was undertaken by a dedicated group of local surfers whose efforts were rewarded when it was formally recognised by the National Surfing Reserves Committee in February 2008.
The Rusty Plank has been complemented with landscaping reflective of the local coastal vegetation to enhance the coastal vibe of the artwork.

The Rusty Plank can be seen at the intersection of Byron Bay Road and Ross Lane, Lennox Head (photo to be updated once landscaping is complete). 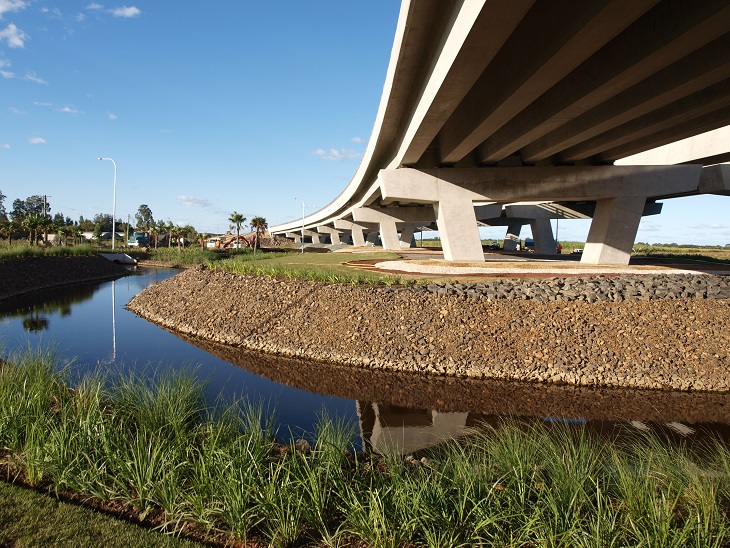 The landscape design at the West Ballina roundabout reflects the traditional meaning of the name Ballina as a place of plenty with a strong connection to water and was developed in close consultation with the Numbahging elders and Bundjalung traditional owners, the Jali Land Council and Ballina Shire Council. ‘Bullenah’ means the place where ‘oysters are plenty’ or the ‘land of plenty’.
The earth mounds around the bridge piers represent campsites with the bridge representing the movement between them. Water is a key element in the design representing the life force while patterns of plantings, gravel and rocks emanate from the central campsites and emphasize their distinct identities.